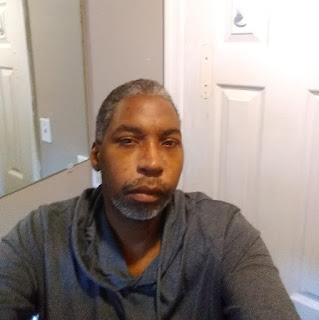 Bro. Derrick W. Jackson is an African American artist, has a BS and MS in Computer Science and is a former  Defense Intelligence Agency (DIA) employee.  He was educated Undergrad and Grad by the U.S. Military.  He also worked for Voicecom in Buckhead near Atlanta, Georgia.  He was born and raised in Valdosta, Georgia.  Jackson is also an author who has self published several books.
Jackson got "saved" at a young age.  He is a baptist and founder of The Promise Online Baptist Church. He is not ordained nor does he have a minister's license and is not a minister.  His goal with this site is to create an online Christian Community.  He currently lives in Richmond, Virginia.

Popular posts from this blog

Hello, My name is Brother Derrick W. Jackson and I am ecstatic and proud to show you my social media church / Online Church.  I am a new teacher of the word(Please note I have not been ordained nor do I have a minister's license but I have answered the call to spread the word) I am not new to the church and worshipping Jesus Christ.  I'm his human clay that he is molding every day, in other words I'm not perfect and have made a lot of mistakes that I do not want others to repeat. As the fires burn in California we pray for the victims.  Life shows us all the time that we are not always in control and bad things happen to good people.  A lot of times we scream out, "WHY GOD!!!!"  Several months ago I broke down on Labernum Avenue in Richmond, Virginia screaming, "He plays games with peoples lives!!"  God is not like man and remember he loves you unconditionally. And life does not turn out as we expect it but we know  "his will be done".
4 comments
Read more

Lord I thank you for allowing me to see a new day. You are always there for me and right on time. I ask that you watch over me and my family. I thank you for the home that I am in. And the women that run this program. Lord I pray for those in California which was just hit by an earthquake. Also I pray for those migrants in the detention centers. Lord please lead our nation during these tough times. These and other blessing I pray. Amen
Post a Comment
Read more

Don't Give Up Finish the Race